At international trade fairs, the name Andreas Guhr stands for the highest quality due to his many years of experience, reliability and an international, exclusive network. He is the managing director of the Mineralien Zentrum, and co-founder of Verband des Deutschen Mineralien- und Fossilien Fachhandels (DMF International Association of German Specialty Traders in Minerals and Fossils), the International Association of Paleontological Suppliers and founder of the known Hamburger Mineralientage (Hamburg Mineral Show), one of the largest trade fairs in Germany.

In addition to conducting a successful business with fossils and minerals, he has also led expeditions to the most distant corners of the world. He explored emeraldmines in Columbia, in 1992 he organized the German-Mongolian expedition to the Gobi desert and accompanied a team of scientists from GEO magazine, which searched for meteorites in the Sahara. Further expeditions during the following years through Turkey, Afghanistan and Persia led the adventurer with his keen sense for the beauty of precious stones to rare finds in caves, mountain ranges and stone deserts.

Andreas Guhr, born in Hamburg/Germany, is considered one of the foremost international experts on minerals, fossils and gems. A certified gemologist and diamond appraiser, he is also recognized as an expert in minerals and fossils by the Hamburg Chamber of Commerce and Industry.

Until 1971 studies at the University of Fine Arts, Hamburg

Establishment of the Hamburger Mineralientage, the largest Mineral Trade Show of Northern Europe.

Establishment of the ESG (European Society of Geological Services), an independent business which plans and implements international excavation and expedition projects.

Opening of the REDGALLERY, located in the centre of the cosmopolitan city of Hamburg/Germany. 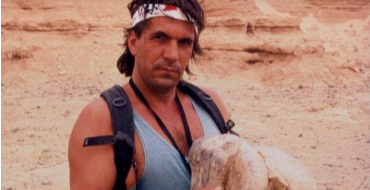 The adventurer with his keen sense for the beauty of precious stones found in caves, mountain ranges all over the world and deserts as Gobi and Sahara. 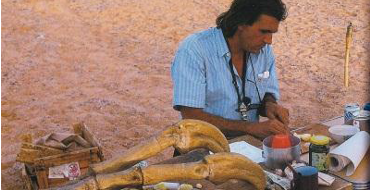 He made expeditions, accompanied by scientists to explore fossil sites and hunt for dinosaurs, recognized by expert magazines like the renowned GEO. 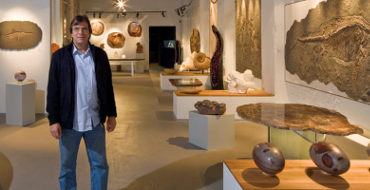 Since he opened the gallery in Hamburg/Germany, people got a new perspective on minerals and fossils by presenting the natural items as fine art.